This series is an exploration into the tattoos, and lives, of former members of South Africa’s notorious  ‘Numbers’ prison gangs  (the 26s, 27s and 28s). The men pictured here have all been released back into society, normally following many years, if not decades, of imprisonment.

Some prisoners will go as far as covering their whole body, including the face, with these ‘chappies’. The motives behind such a drastic action fascinated me. Was it about a need to belong, or does it simply reflect an absolute immersion in “The Number”? Do the tattoos create an armour, a protective mask, or do they instead offer a voice, a potent form of self-expression, where the prisoners’ skin is perhaps their only remaining possession and form of self-expression?

And then there is perhaps the most pertinent question of all: how does someone live with such branding after their prison sentence ends? In jail, the men I photographed are considered to be “Kings”. Once freed, their tattoos stigmatize them as dangerous criminals, obscure their humanity and evoke fear in the general public. Unable to get jobs, many become homeless ‘strollers’, suffering high levels of substance abuse.

And so I found my subjects in Cape Town’s hidden places: homeless shelters, broken down tenement blocks, back alleys, soup kitchens, bus stations and township shebeens. I photographed them wherever them I found them, always in their own environments. As I worked, many questions were raised for me, especially regarding the choices we make in life and the prices we pay for them.

I also found myself wondering how it would be if we all had our past mistakes permanently emblazoned across our faces. 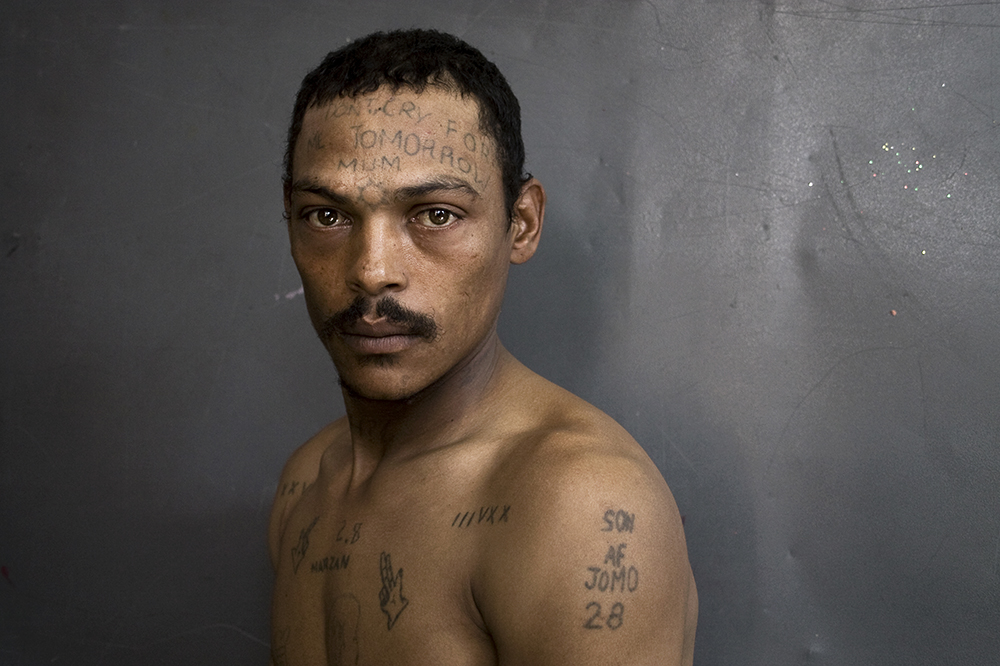 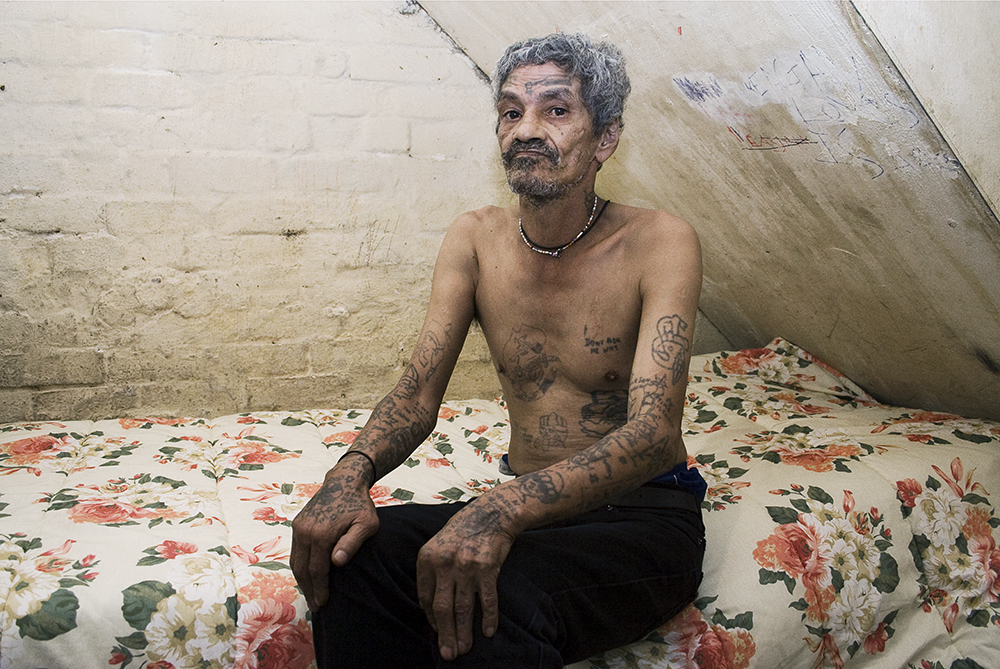 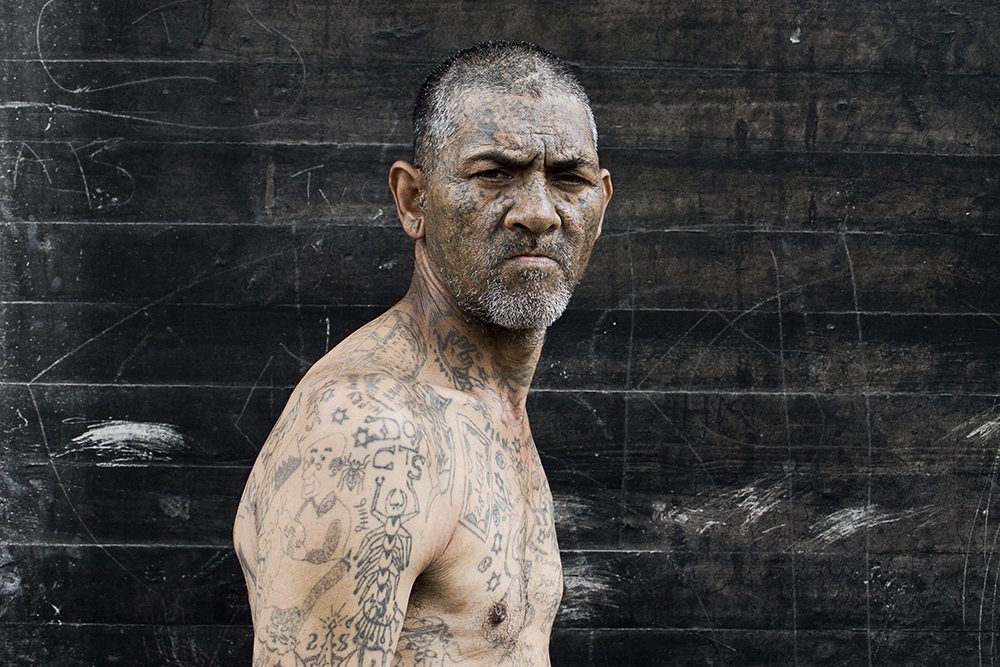 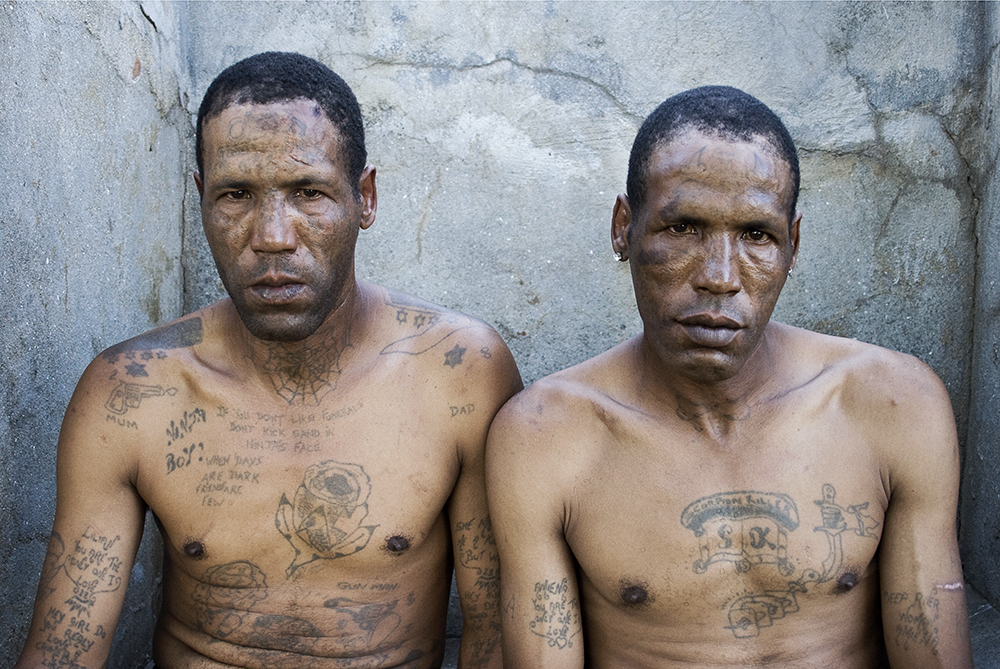 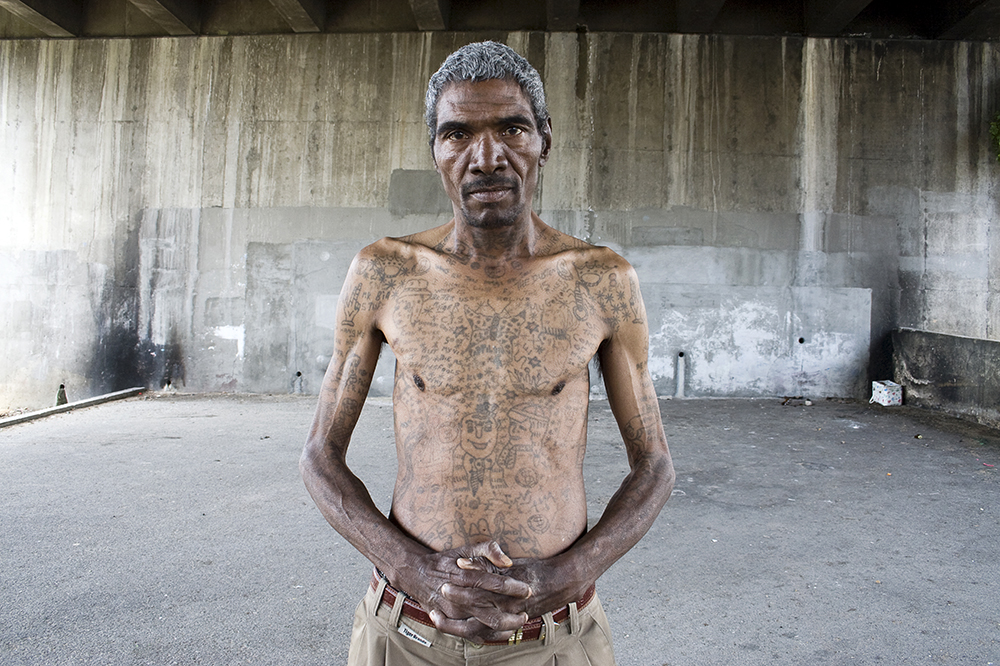 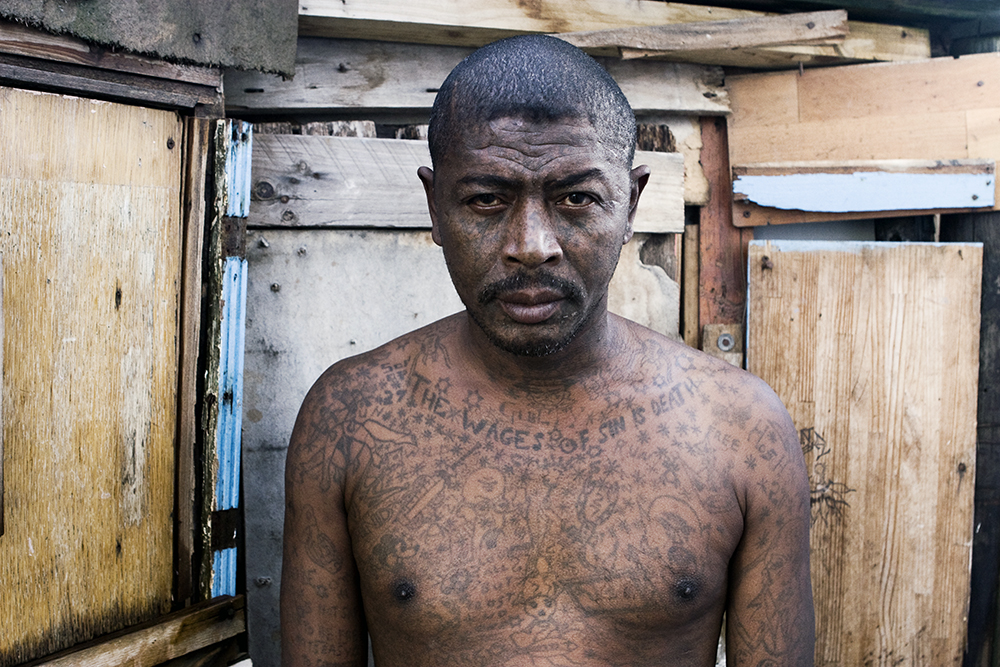 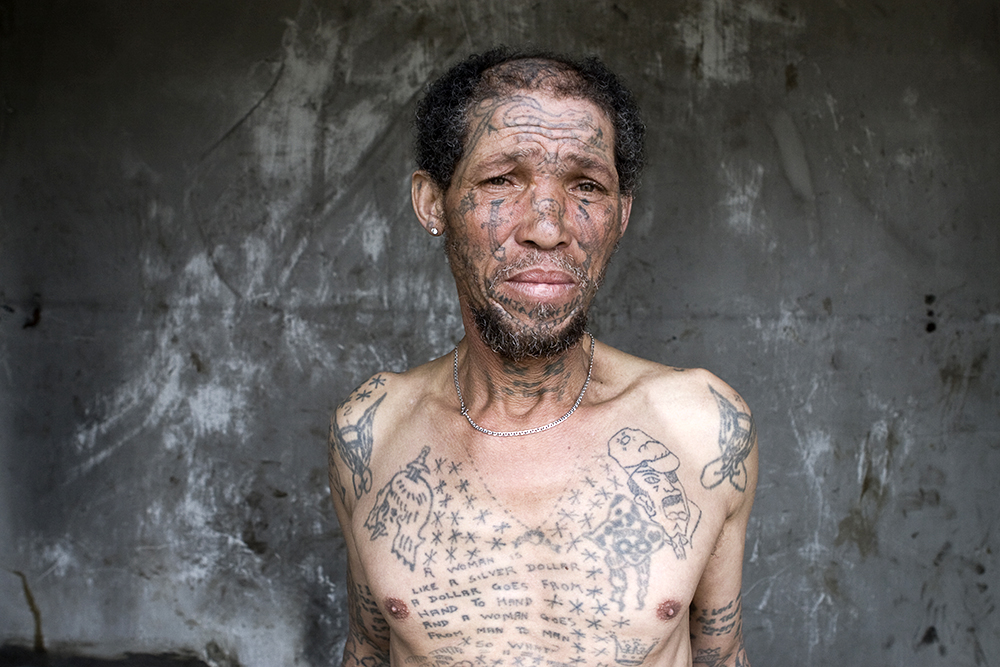 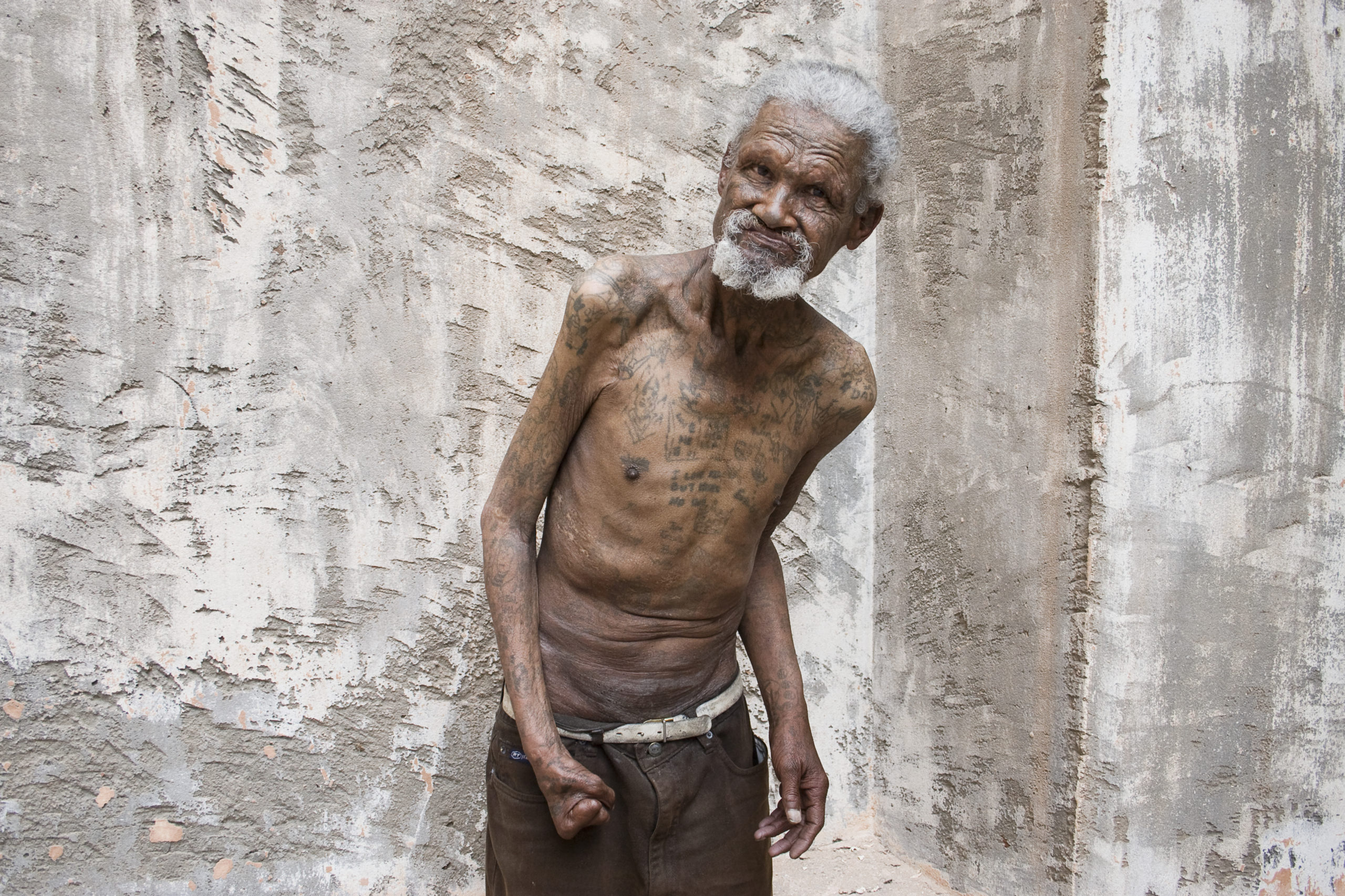 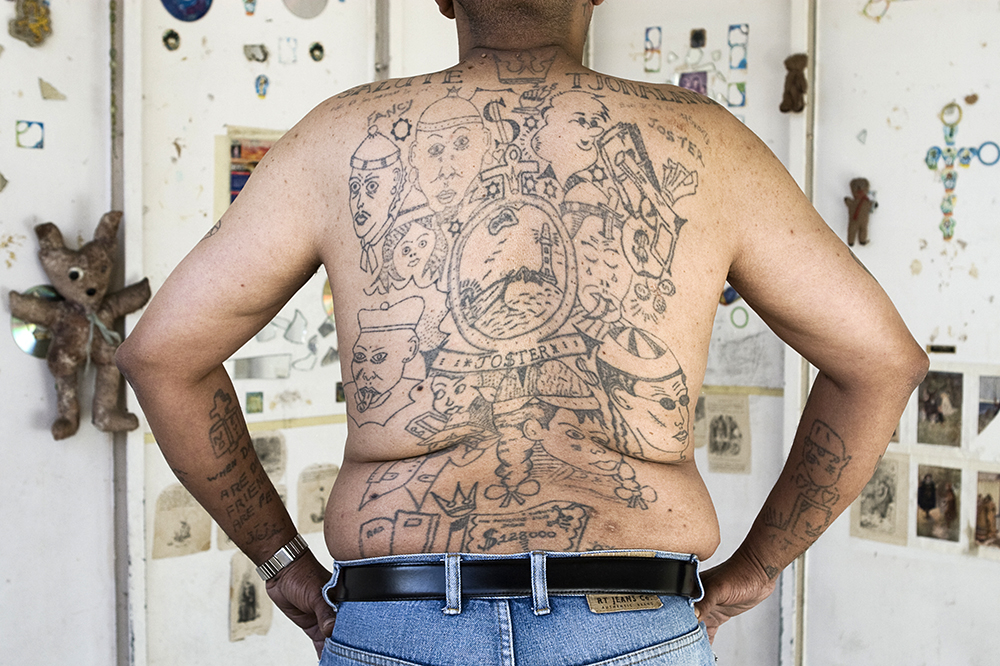